Whoops! Be caaaaareful when you add events to Google Calendar, and then change time zones. We had a right mix-up in our first two days in Sydney, because 11 hours time difference can make events move days!

Being a conscientious and proudly prepared nerd, I had added the Dr Who Symphonic Spectacular to my GCal, and even set the exact start and end time, so that I would have the information readily available when we were planning routes to and from hostels using public transport.

So imagine my dread when I look at the date on my phone, then my ticket stub, freshly printed, dated for yesterday. Something inside me drops as I realise I should have been there 24 hours ago, and the show went on without our bums in the seats, two perfectly empty holes in the audience where our bodies should have been.

Google had helpfully added 11 hours to my original time. Worst of all I knew it had that feature anyway – GCal assumes you’re using GMT in London, then happily converts it to local time when you tough down in Sydney. I’d seen it munge our flight times, too, but knew the dates too well to be fooled then. But that’s not how humans work – we like local times so that our brains don’t get upset when it looks like the middle of the night but our cutting edge electronic gadgets tell us it’s 1:30pm.

And so it’s with embarrassment, then delight, as I return to the box office with my vestigial stump and they exchange it for tickets for that night’s performance. In a world of no refunds and limited culpability, the Sydney Opera House were very understanding and accommodating. 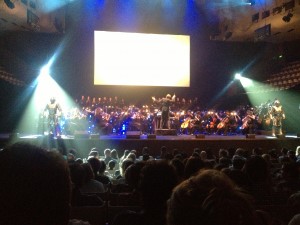 The show itself was a mixture of camp self-aggrandisement and stunning orchestral flair, and while the video screen showing Dr Who clips certainly set the scene, it was easy to forget the music was being played live as it was so flawless.

And of course, every so often a dalek appeared to wave its plunger menacingly at the audience, or a cyberman stomped along in a shiny faux-metal exoskeleton.

I just wish I’d recognised more of the themes and plot from the series – I think for that special kind of Dr Who nerd, it was the perfect night out. 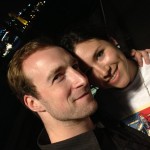 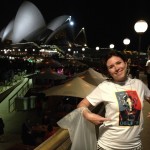 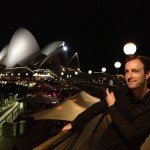 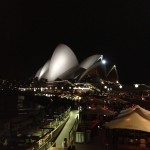 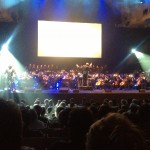 This entry was posted in Travel and tagged Dr Who, Google Calendar, Sydney Opera House. Bookmark the permalink.