New York is a melting pot of diversity, overflowing with people. It seems to be much more European than other cities we’ve visited, more cultural in some ways, but with the classic Americana missing – people won’t help you across the street or offer you a lift into town, but you’ll be drawn into the hot subway to see the mass of attractions downtown anyway.

So it seems like a city built outside of the USA. You can forget some of the sweeping generalisations I previously made about Americans. Politeness isn’t the top priority here, in fact after 24 hours we felt like the city was downright hostile. But with an exciting and alluring undercurrent.

After our long train journey from Niagara, we set about finding our hotel, and went through the subway. It really is hot down there, all the time, and you’ll need about 3 different wardrobes to stay comfortable. Or I recommend a zip-up jacket so you can strip as soon as it gets stuffy. Some of the trains themselves are air-conditioned, but not all. We stayed at On The Ave, a short walk from the red line metro, and a convenient launching place into the rest of Manhattan. We checked in and were given room 911 which I thought was quite amusing, especially as we’d be there on the anniversary of 911 as well.

On The Ave is great but really expensive – over $200 a night!! Back home I’m saving the pennies for a PlayStation 3, yet here I’m spending nearly it’s full RRP every night on a hotel room. Other things around here are expensive too – snacks, drinks, meals are all heavily marked up. Not the America we saw driving up the country.

On our first full day we went to see the Statue of Liberty. I don’t know about you but I always thought it towered over New York like the giant Jesus statue in Rio, like an enormous overlooking protector. But compared to the skyline it’s actually rather *small*. It’s still an incredibly characteristic and charismatic shape, and reaches into the sky in such a way as to warm the heart of even the most unpatriotic cynic.

That evening we also tracked down the Chrysler building, which has a cool spikey top, and went up the Empire State Building. It’s not as high as the Willis Tower or the Toronto CN Tower, but it has such a cool chic marble interior, and a great view of New York in every direction. That night the top was lit up orange.

We wanted some drinks in a bar before calling it a night, and popped into TGI Friday in Times Square – and just a few potato skins and 6 drinks later, we had spent $100! We were both aghast, but drunk enough just to pay it and move on, to find a cheaper bar if possible.

Then I was struck by a strange drunken urge to have a really lavish night out. I can’t explain it exactly, but at some point when my enthusiasm and drunkeness are in perfect balance, I want to just go mad, to see how much I can drink before I die. And I’d drink the world dry if I had to. After more mojitis (for some reason, I’d stuck purely to cocktails), I thought I might stay up all night, and I was feverishly trying to convince Sarah to join me. But perhaps she sensed the self-destructive path I had set myself on, and stopped drinking. Although when the barman announced free shots for all the girls who danced on the bar, I convinced her to get up there with gusto. And I think secretly she did enjoy that a bit.

Then it got around to 3am, and realising we *had* agreed to meet my friend Andy (from Lionhead) and his fiancée in the morning, we called it a night. Though Sarah was definitely the voice of reason to my impromptu party animal.

New York is very well serviced for museums! The next day it was chucking it down with rain so it was ideal to explore the American Natural History Museum, and the Metropolitan Museum of Art. The former we explored with Andy and Marion (this is where Night at the Museum was filmed, btw), and saw a fascinating light show in the planetarium – the sweeping elegance of the universe marred only by our disgruntled hangovers.

We saw some very famous paintings. This might sound odd but it was exciting to see paintings I actually *already knew*, and being an amateur to the world of art I knew that meant they were important. The most famous was probably the self portrait of Van Goph, which had a queue of 10 art buffs waiting to have their picture taken with it. Nerds.

There was a comedy show on that night – and we had bought tickets on the spur of the moment in Times Square. Now we’d had a bad experience with discount comedy in London – on one occassion we were stuck in a room with a sexist biggot who thought all his jokes about rape and child molestation were hilarious – and we were wary this would happen again. But we headed out to the club, Dangerfields, with an open mind. And we were amazed! It was excellent! They had 4 comics, supposedly famous from SNL but we didn’t recognise them. They were all good and there was one particularly good impressionist who could do Kramer (from Seinfeld) which had me in stitches.

I received merely scorn when I asked some locals for directions “to the Ghostbusters fire house”, but we rallied with google maps and found it! It was cool to think such a classic geek-chic building was right in front of me. Now it really *is* a fire station, but there’s a nod to the film in the shape of the Ghostbusters logo just inside the main entrance.

The next day we met up with Andy and Marion again to queue up at Nintendo World for a copy of Scribblenauts. I wasn’t especially keen on queueing with nerds (enduring the midnight launch of Halo 3 was bad enough – I actually felt my virginity growing back), but half of them were tiny Japanese girls so it was ok. Andy and I met the developers (and Andy couldn’t help telling them we were also in the industry) and got the cartridges signed.

There was just enough time to take a whirlwind tour of Bloomingdales (not the best place for buying menswear, FYI) and gawped at the $100-$400 price tags on everything. Then we stocked up on American sweets, and got the train to the airport.

There’s still so much of New York left to see and experience – but I feel like we got a really good slice of a few things. And it was a good way to finish up our trip through the USA. I’m writing this on the plane, about to land at Heathrow, thinking it would have been easy to spend a week or two just in NYC.

I hope you’ve enjoyed reading my travel-blog, I’ve liked writing it and it’s been a handy way to reflect on what we’ve done. I hope no-one’s read it purely out of some misguided sense of loyal friendship – only that it was quite readable and perhaps even entertaining. If you’re travelling the states or doing a trip vaguely similar to ours, I’d love to hear about it! 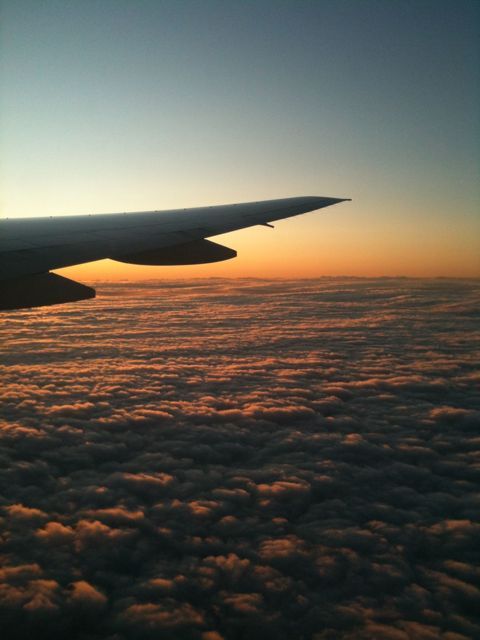 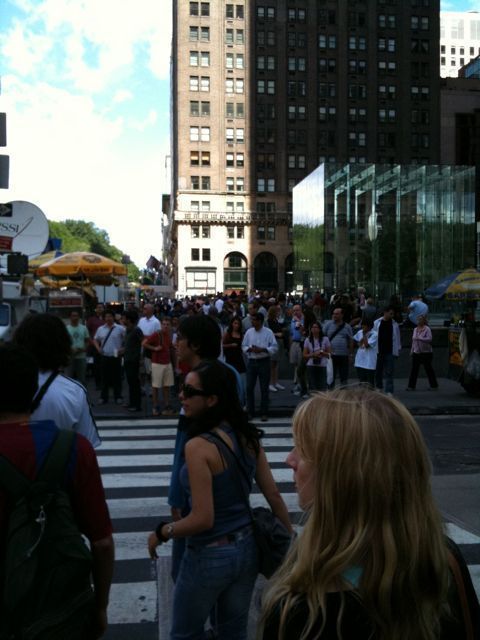 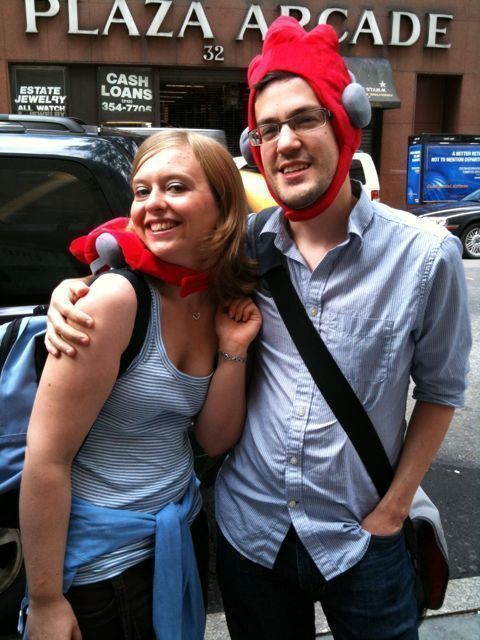 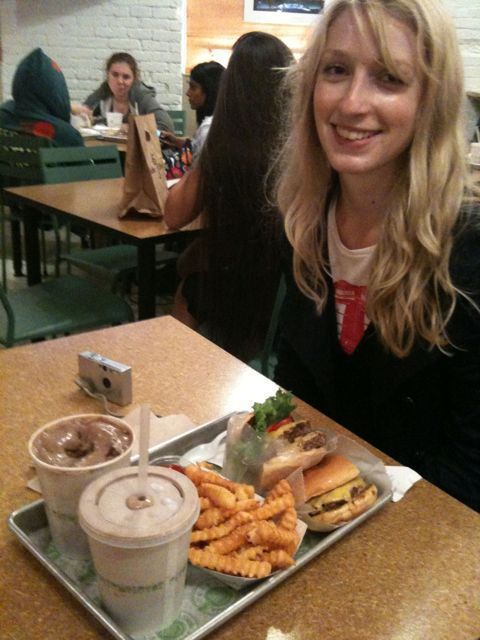 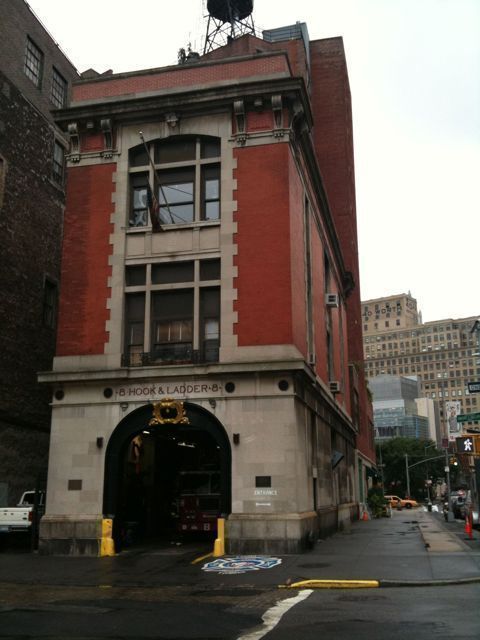 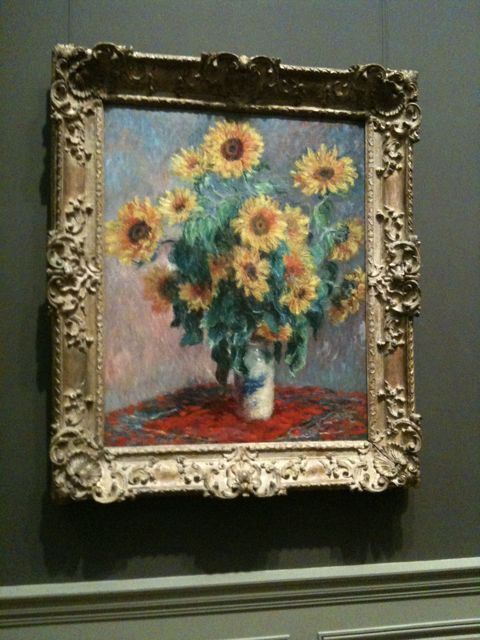 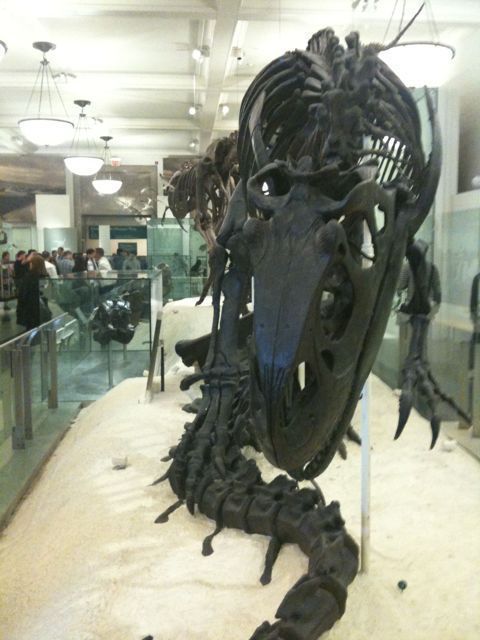 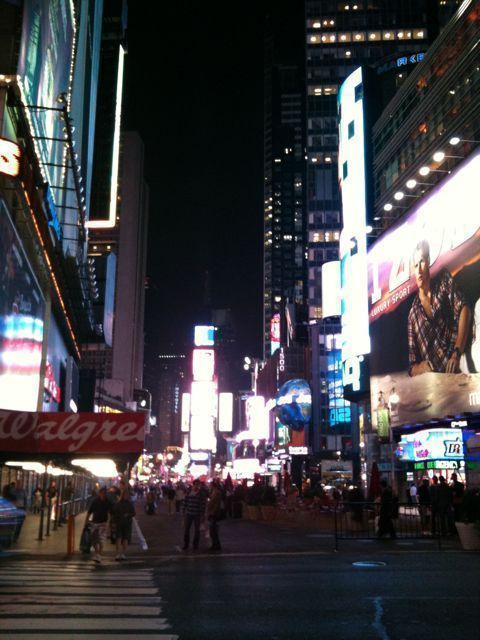 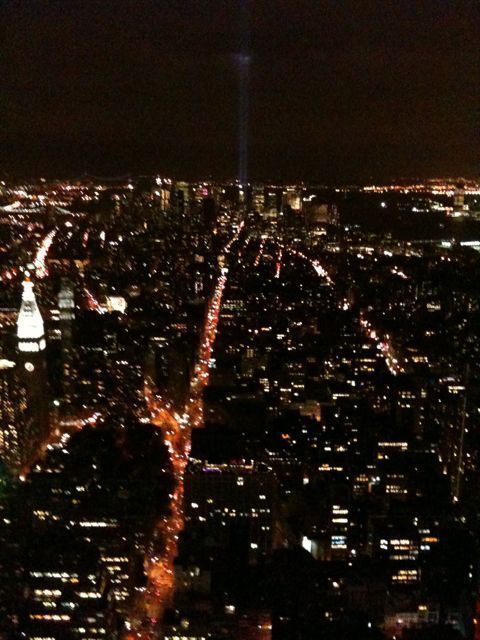 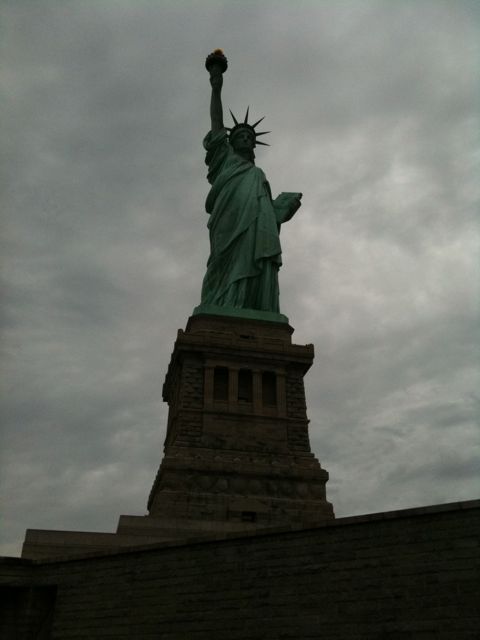 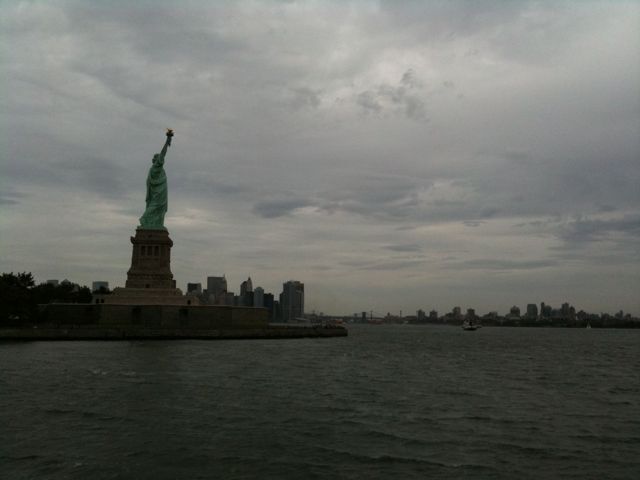 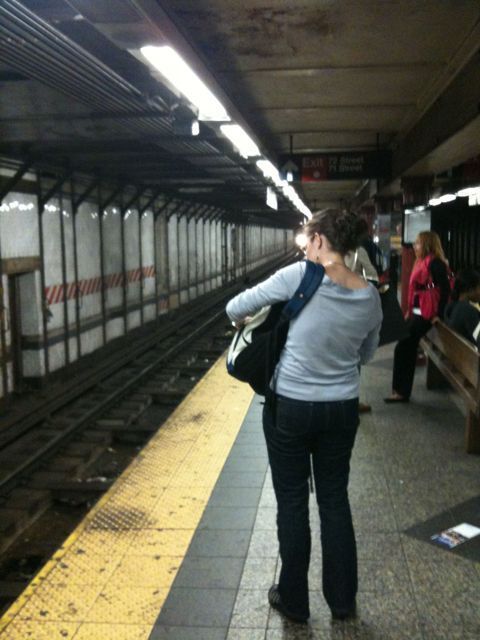 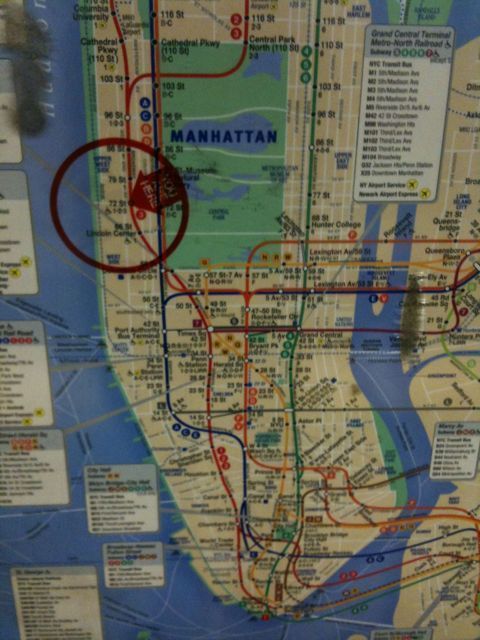