If you’ve ever played Bioshock, Far Cry, Dead Island, or any one of many adventure games where you start off on some ‘facility’ before disaster strikes, you might, like I did, feel a slight undercurrent of impending doom if you go to stay on an island resort.

It’s so beautiful. It’s a tropical paradise. You can sit by the beach, dip a toe in the refreshingly cool water, then drink a cocktail before mooching off to one of the island’s restaurants under a clear array of stars. And not just the big ones – the extended family is out to play and all the star cousins and in-laws can be seen like a glittering patchwork blanket hovering above you.

But when will the terrorist coup / nuclear deployment / viral outbreak strike?

I also didn’t bump into the island’s charismatic yet clearly deluded leader and narrowly avoid convincing them not to self-destruct the resort. In fact, it felt very odd to leave before I triggered any of this. Was there some logic bug in the gameplay script?

Laura and I primarily went to the island for its aquatic tours, after hearing that you could hold a shark and feed stingrays. These tours were great and we did that and more – we were handed a starfish and a sea cucumber (which is as flaccid and slimy as it sounds), we fed barramundi which snap up and grab the food out of your hands, and fed stingrays. These critters are like floating muscley pancakes which jostle each other for food, and will bump into your ankles affectionately before trying to hoover the food out of your hand. If you are of the ticklish disposition, like me, it’s difficult to stay still while a rubbery water dog is licking your foot via the medium of water pressure.

The island has some quaint but well stocked restaurants, and a novel outdoor cinema where we sat and watched Pirates! – the Aardman film. There are some water sports available and we also tried paddle boarding for free.

We paid a small fee to ride the banana boat, towed along by one of the crew on a jetski. I never realised Laura was so susceptible to g-forces, as she screamed for the duration of the ride… In fact I think every exhale was a yelp of some sort. This made the trip quite hilarious for me.

The island was stunning and very relaxing but did seem clouded in an inescapable ether of humidity. We craved the outside breeze as it was the best way to stay cool and dry.

If you’re in the Whitsundays I recommend staying the night on an island to feel like you really immerse yourself in them. 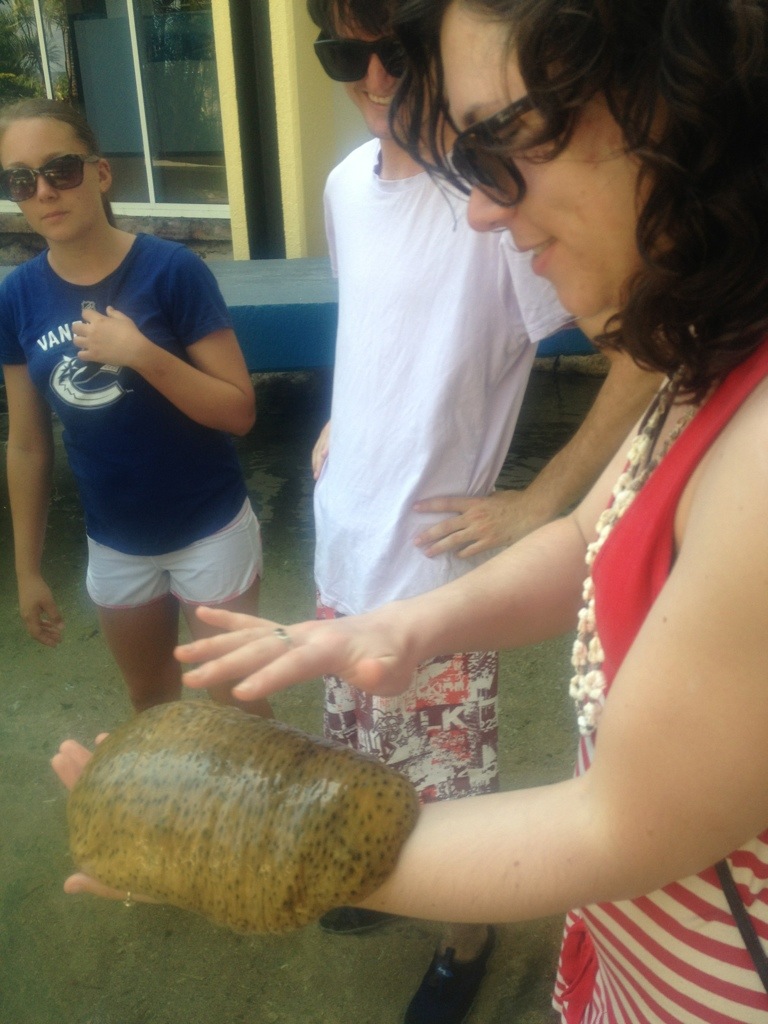 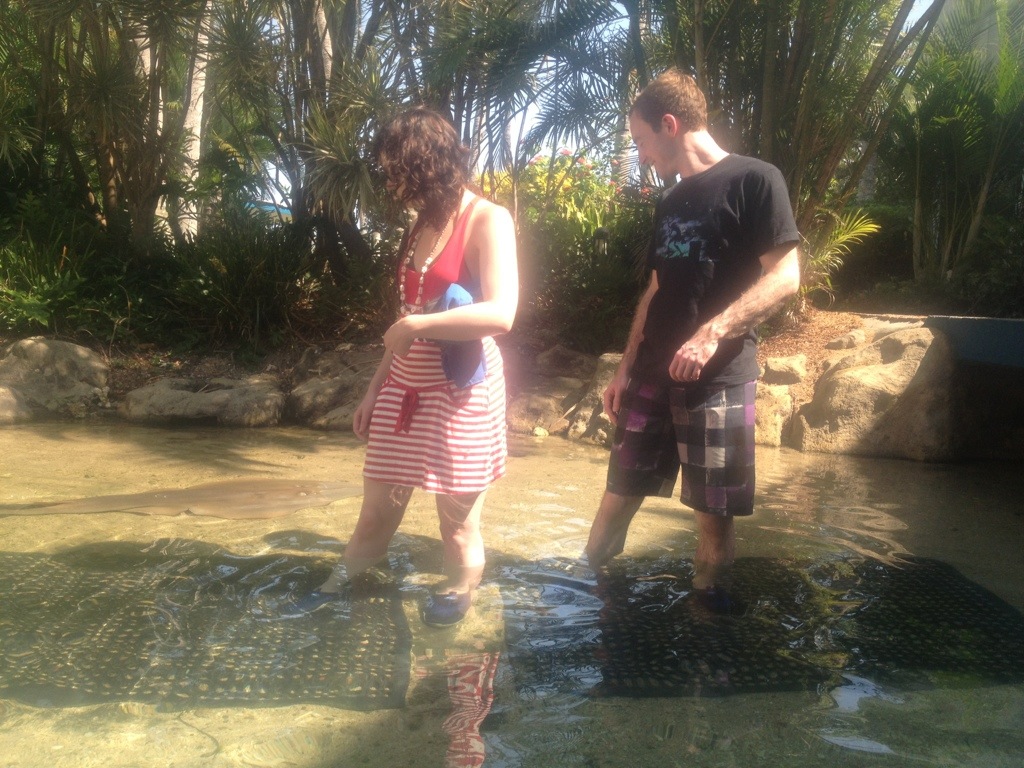 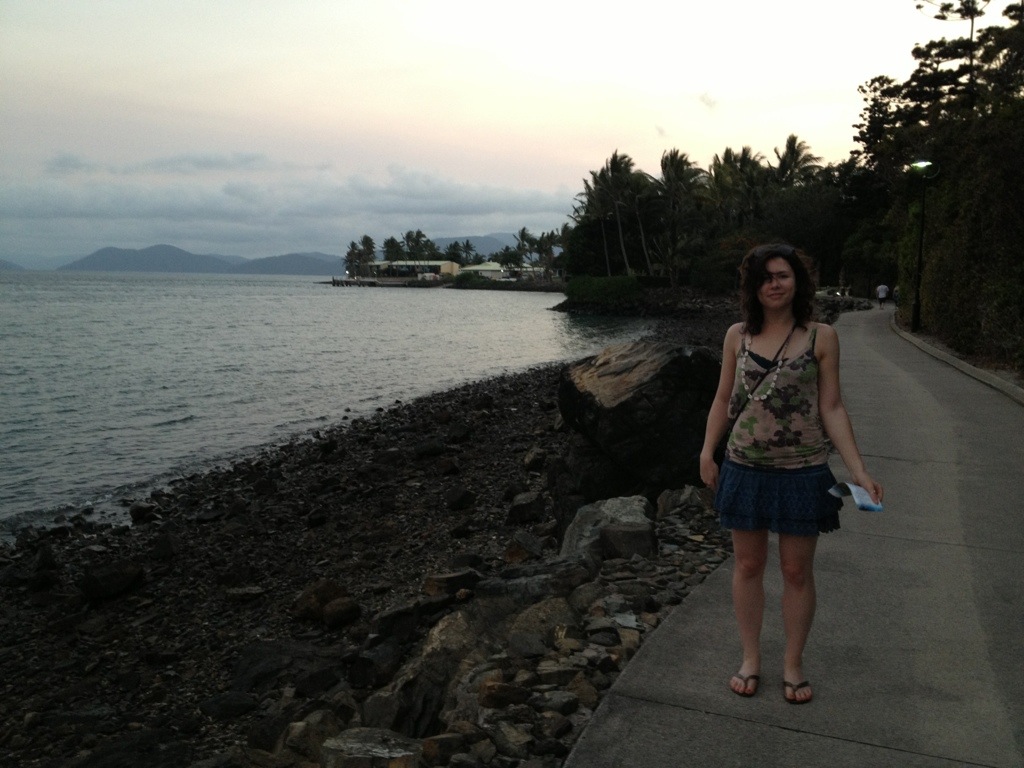 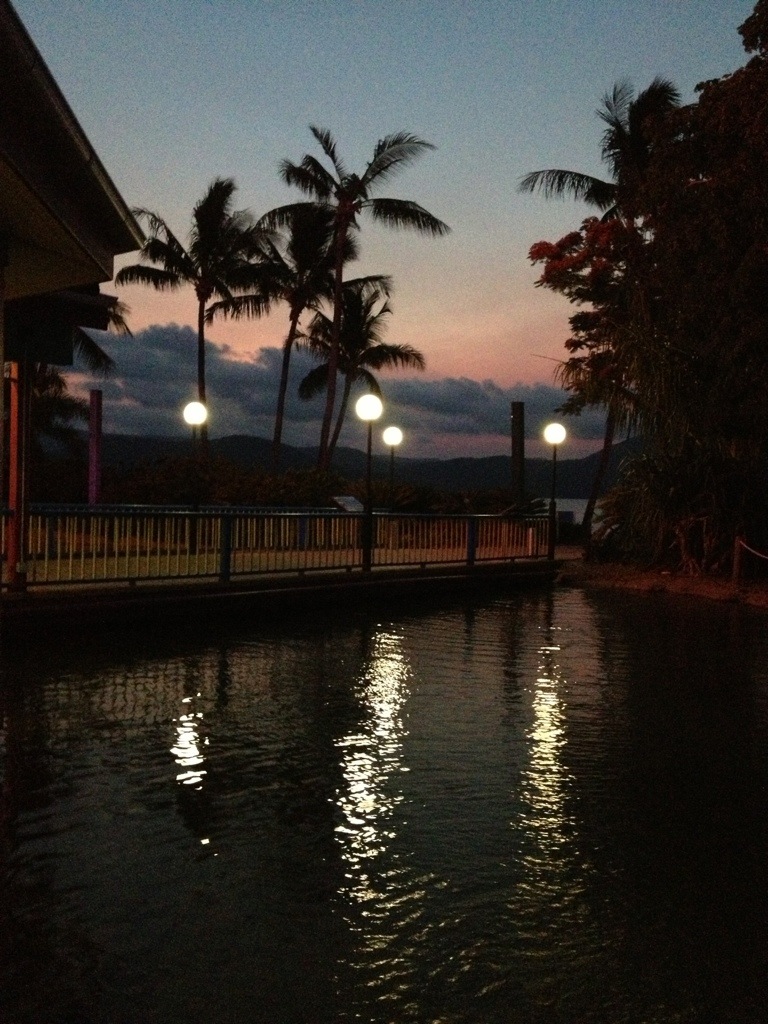 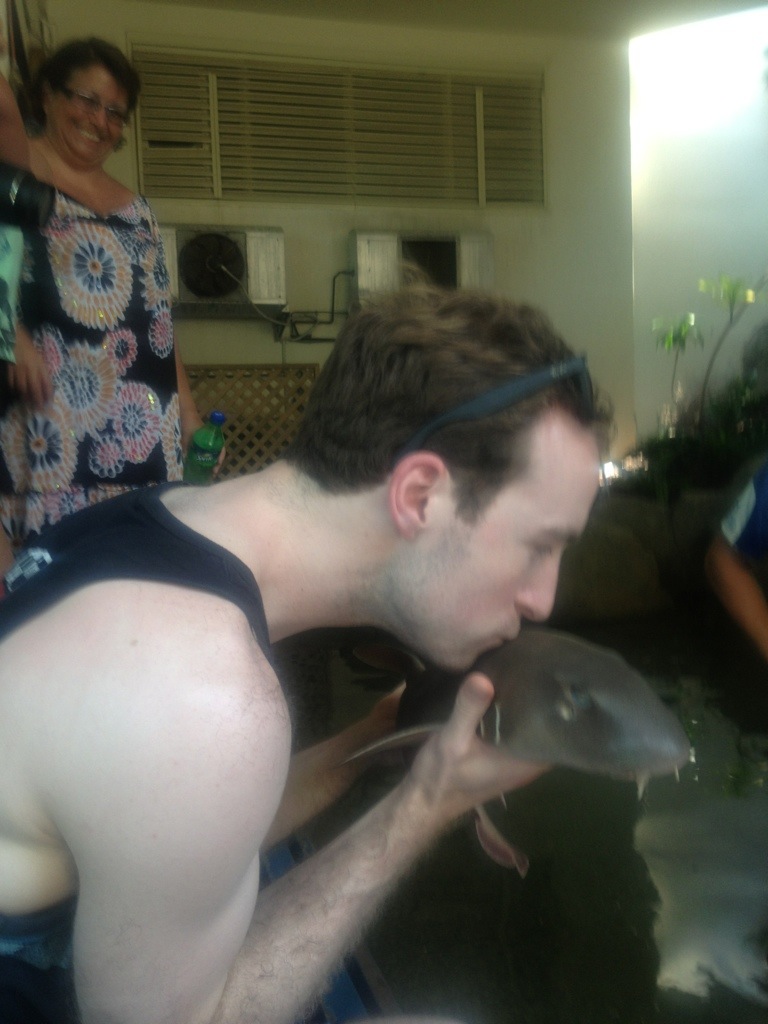 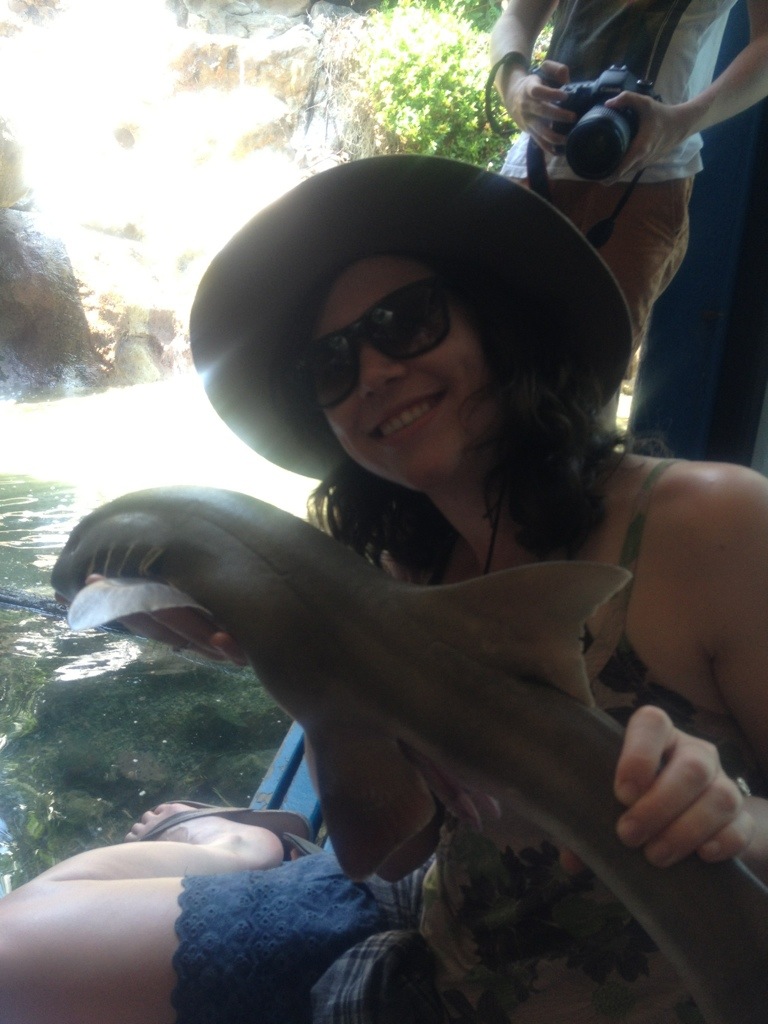 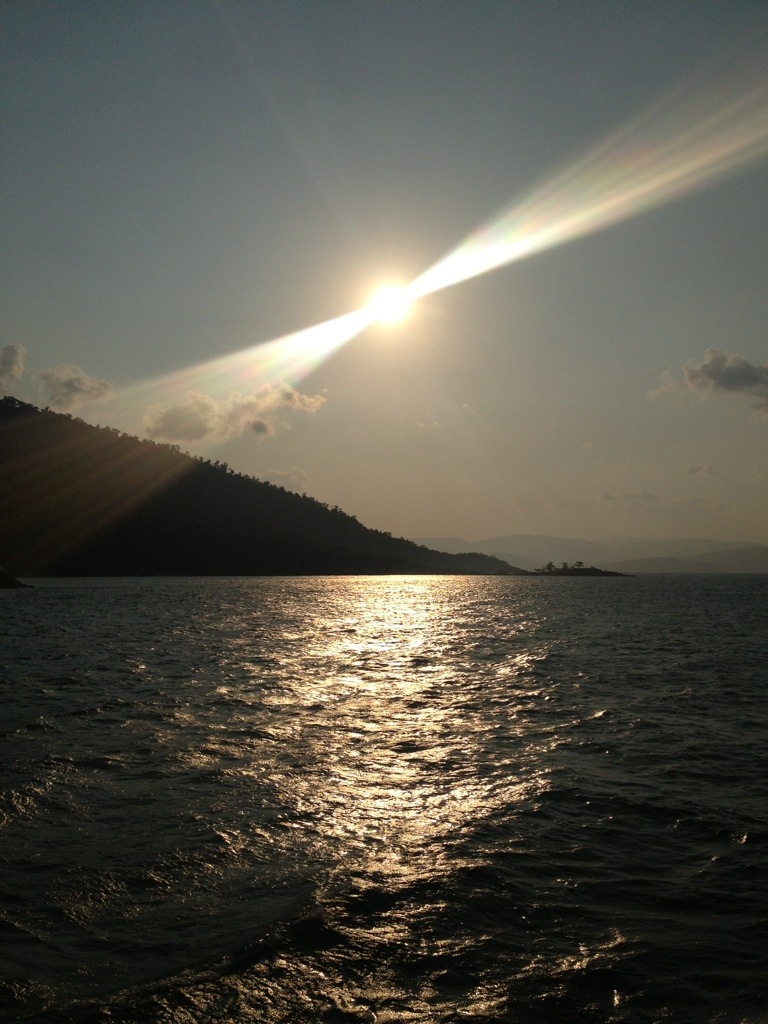 This entry was posted in Travel and tagged Daydream Island. Bookmark the permalink.