Just a Fraser we’re going through

I yearn for my shoes! Hot sand becomes unbearable in approximately 2.5 steps barefoot, and if your walking surface is too fine, sandles spoon through it and unhelpfully lift clumps as you trudge along. And on a ‘9/10’ walk, feeling a bit dehydrated and fragile, I curse my previous decision to bring my hoody instead of my laceless trainers.

Fraser Island! 122km long, 20km wide, and it’s all sand! You might think this would limit the local geography to dunes and dustbowls, but it’s surprisingly varied with lush rainforests and streams which run across the island, and several luscious freshwater lakes.

It’s easiest to transfer from Hervey Bay but you probably shouldn’t bother booking your stay there for long – even the shuttle bus driver admitted “there’s fuck all to do here.”

After a short ferry crossing we boarded the coach with our enigmatic guide Jon, who was friendly and helpful but had little tolerance for stupidity as he was not best pleased when we failed to locate the alternate exit from a particular attraction. I suppose he does this all the time and the route must be painfully obvious to him. But to Fraser virgins we had no idea there is a tiny forest entrance hidden behind a steep dune.

After a brief introductory walk we went to Lake McKenzie, a freshwater lake which is slightly acidic (apparently just enough to make your hair soft), which had beautiful clear and still water.

We’d had an early start and no time for breakfast, and after attacking the island like a cat lunging on an unsuspecting mouse, I felt a familiar ache come over me, one of caffeine withdrawal and mild exercise. It reminds me just how far removed from military – or even mildly athletic – life I am, as I sense a headache that I know won’t go away without a cup of tea and 5 minutes in a darkened room.

And at lunch I fill myself with the reserves needed to go on. At least I know my own fenickity body, and with enough stew and tea ingested, the energy was there. Human bodies are able to perform near alchemy (some people live on just crisps after all) so mine just needed the persuasion to work on my stores and carry on. Damn it, I was going to make it work.

Aware of our upcoming walk across what sounded like a desert, I purchased a rather expensive hat. A red ‘Fraser Island’ cap.

And after a coating of factor 30 I’m ready to go – although I mistakenly leak out a bit of British cynicism as I grumbly give up my sandle-powered perambulation and go au naturelle with the footwear, favouring tenderised soles over a severely handicapped forward motion. I’m sure Jon hears a lot of complaining though.

Walking to Lake Wabby is worth it as you march through sub-tropical rainforest, emerge on sand dunes feeling like Lawrence of Arabia, then reach a clear fresh lake. The sand here is especially hot so you hurriedly hop to the shore to cool off in the water.

Someone later mentioned there are snakes in there. That may have affected my decision to submerge.

That night we stayed in the Eurong resort. Perhaps your travel buddies will be more enthusiastic but Laura and I found it considerably more fun to make animal shapes in front of the floodlights than get drunk in the beach hut.

The next morning we took a short flight and got to look over the entire island and marvel at how much water and tree grips onto this fragile world made from sand.

We climb Indian Head, a rocky outcrop on the East shore, and get some great views over the beaches and inland. It’s marked by a sombre history, though, as we are informed that the aboriginal police forced many aboriginals to jump off the cliff face decades ago.

I’m not sure whether it’s some kind of inherited guilt or just a sadness that sets when you think that the original inhabitants lived on K’gari for 8,000 years before foreigners slaughtered and forced them off, then renamed their island paradise.

To complete the tour we stopped at Eli Creek and we both wade through the water and try to take in more of the essence of the island as we look out to sea. 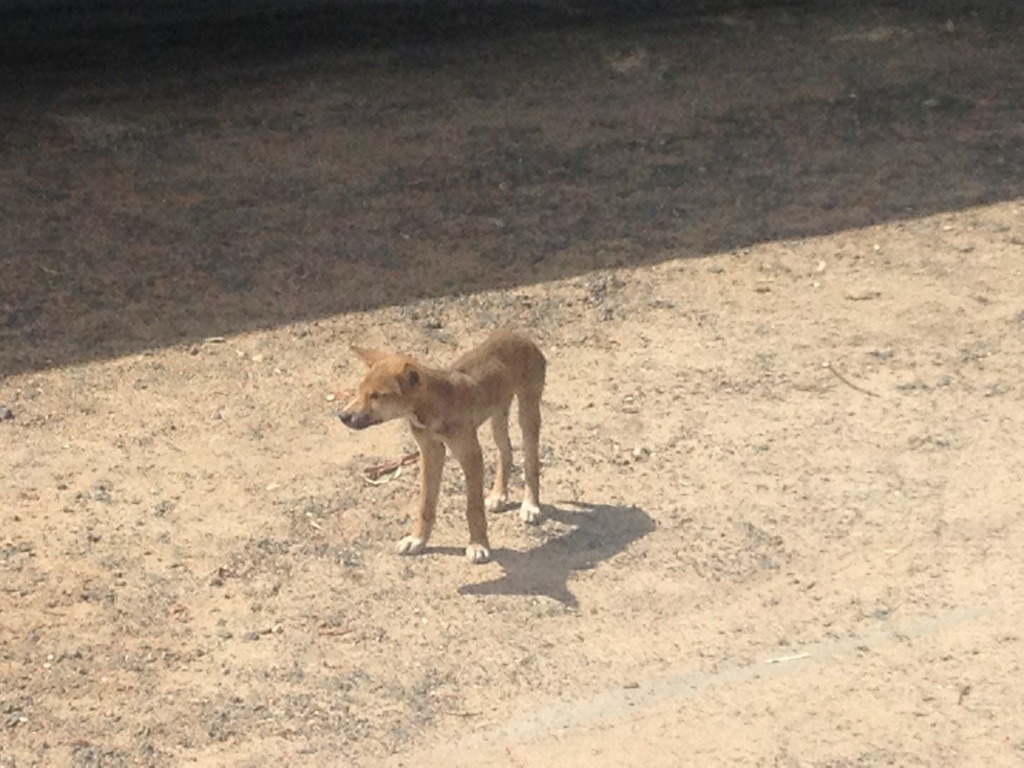 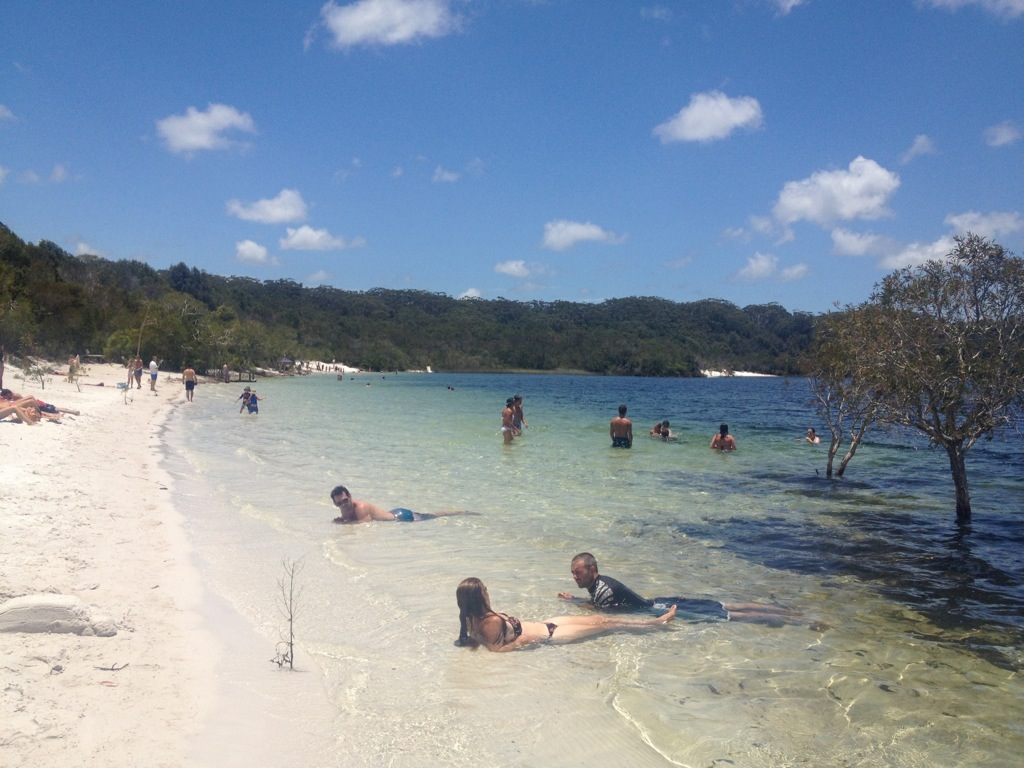 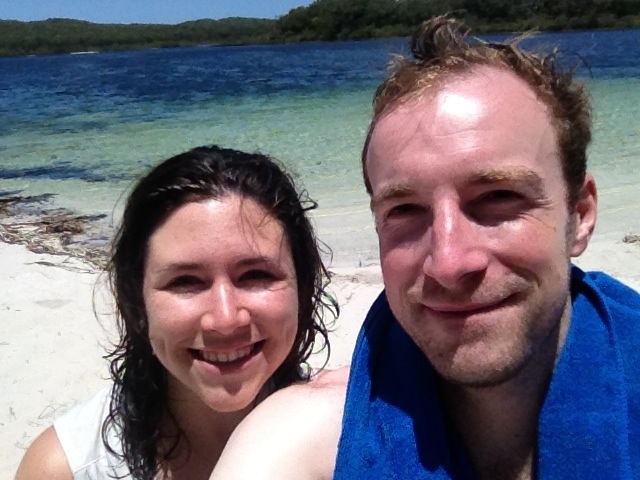 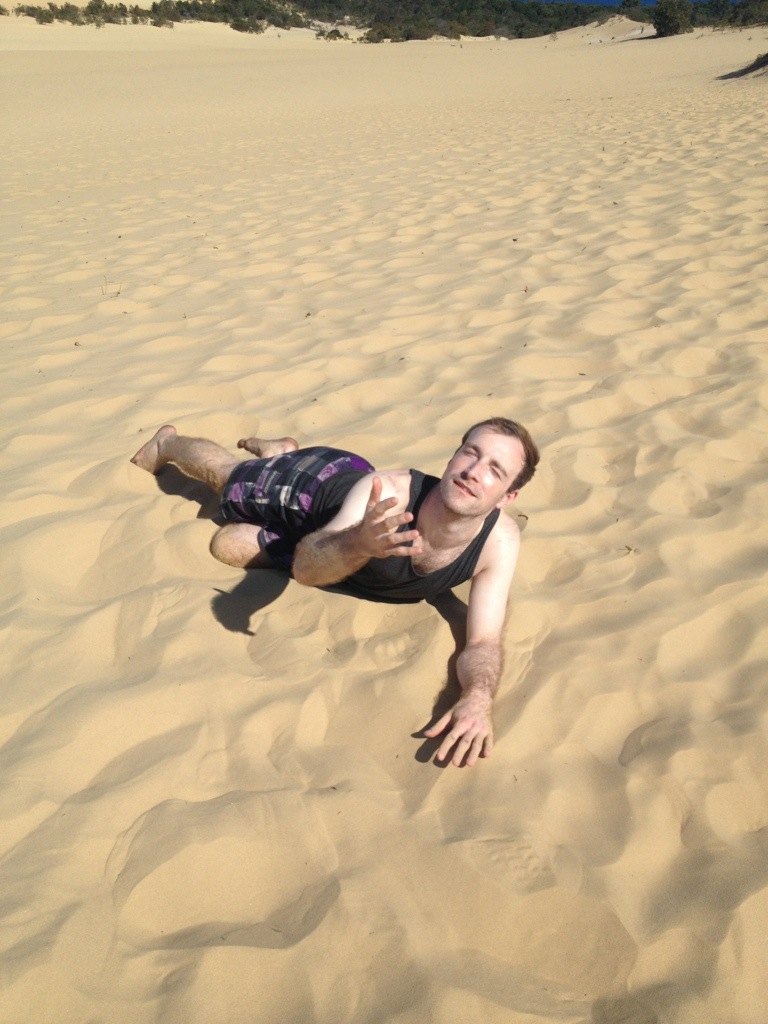 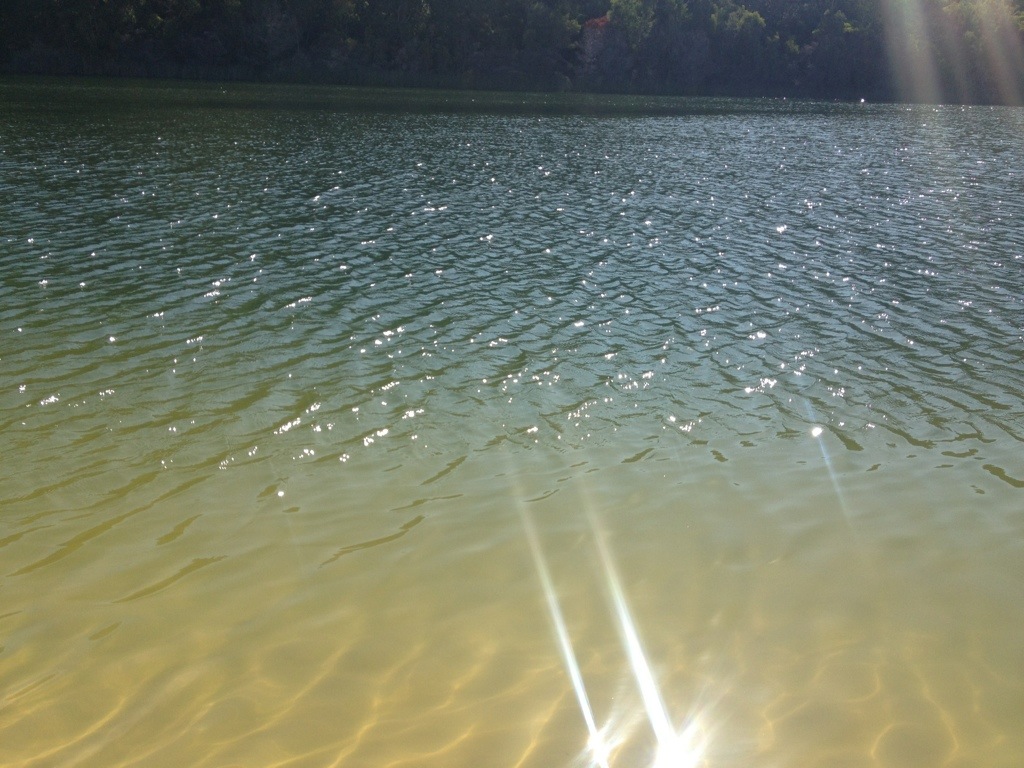 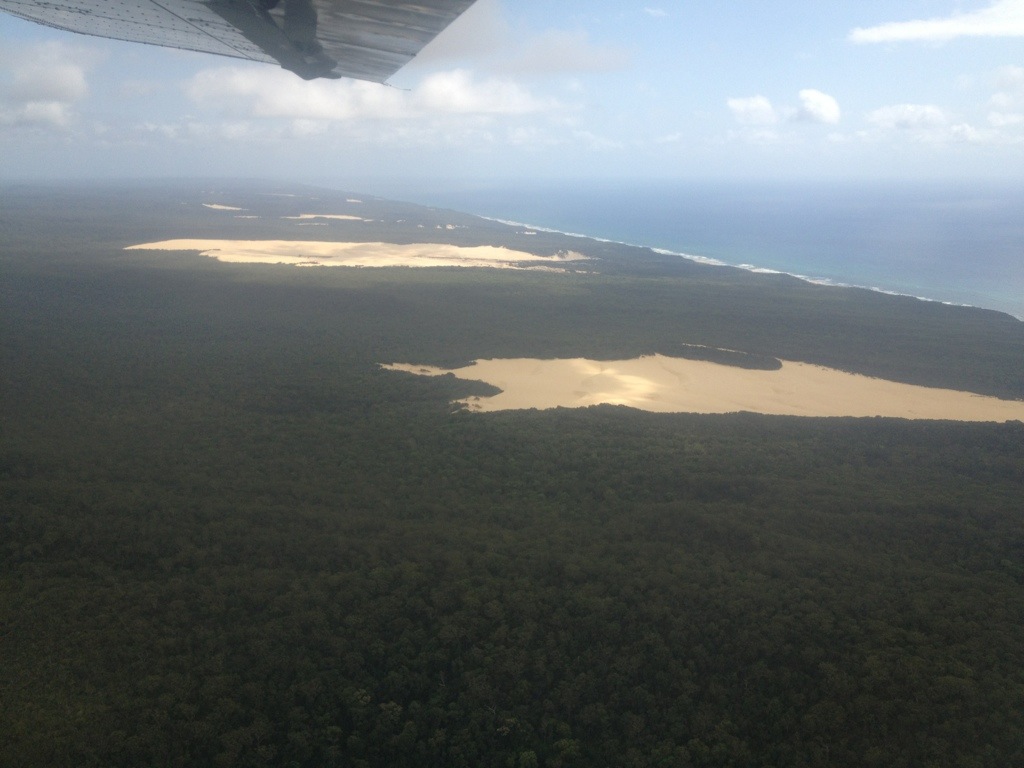 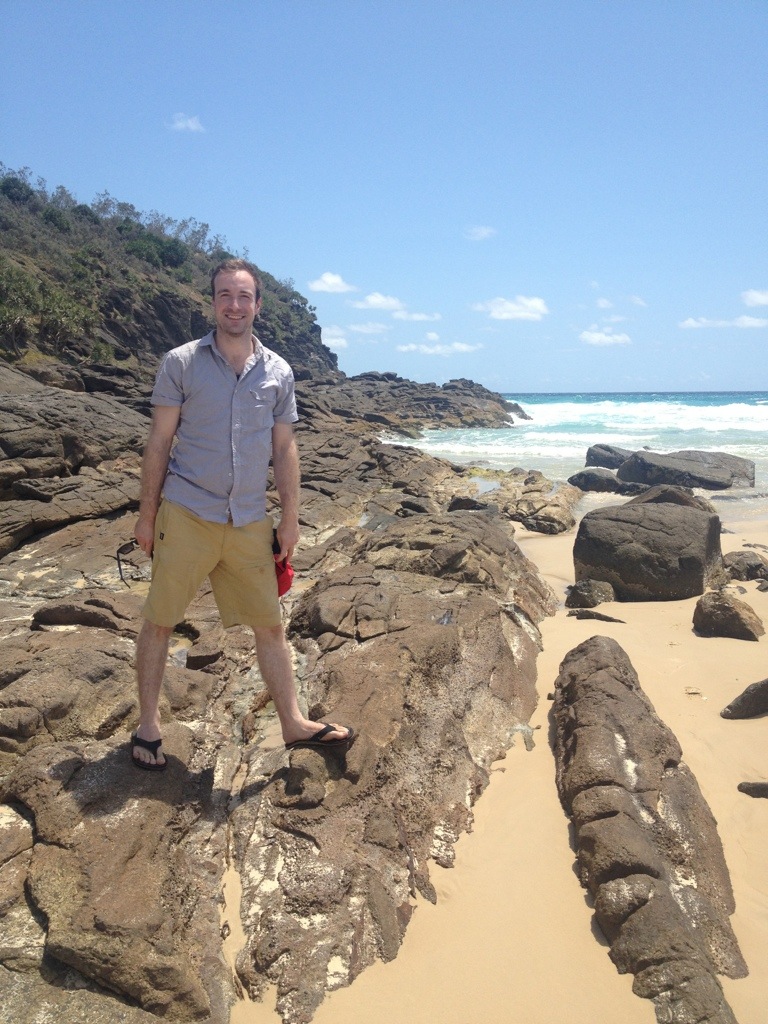 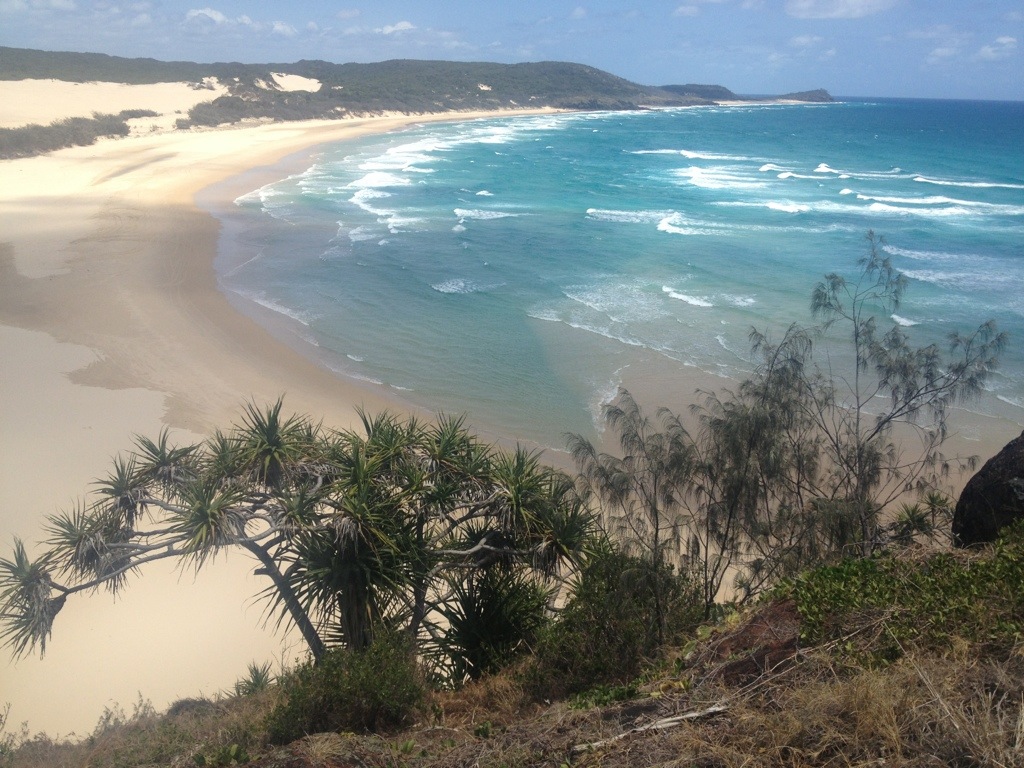 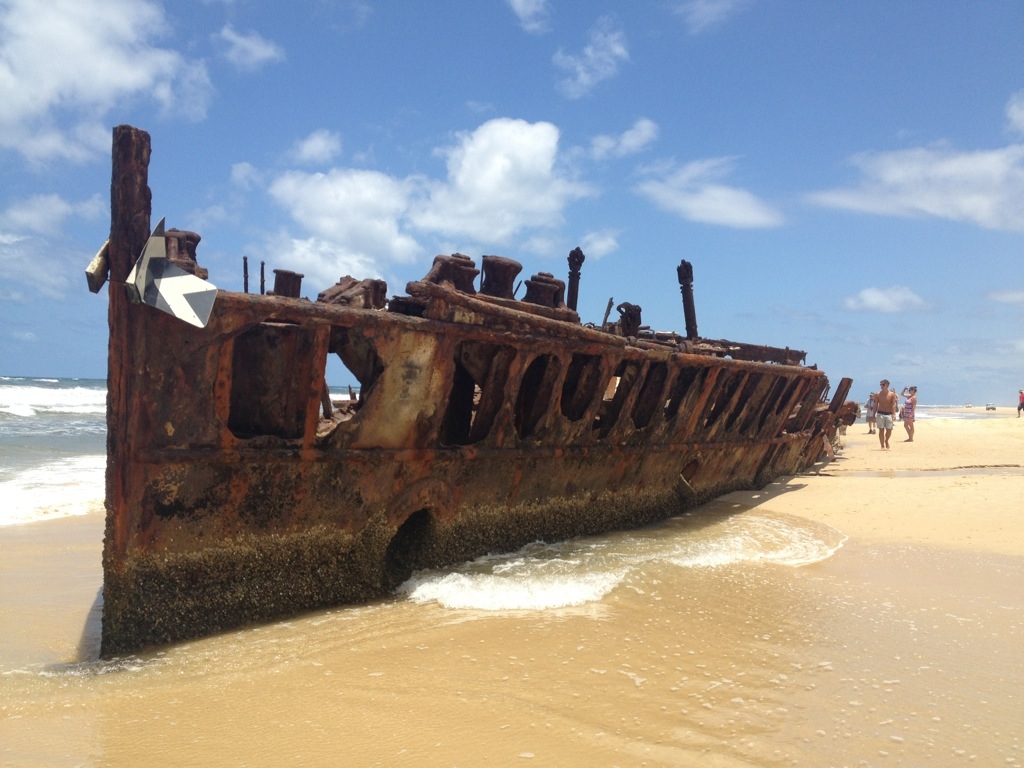 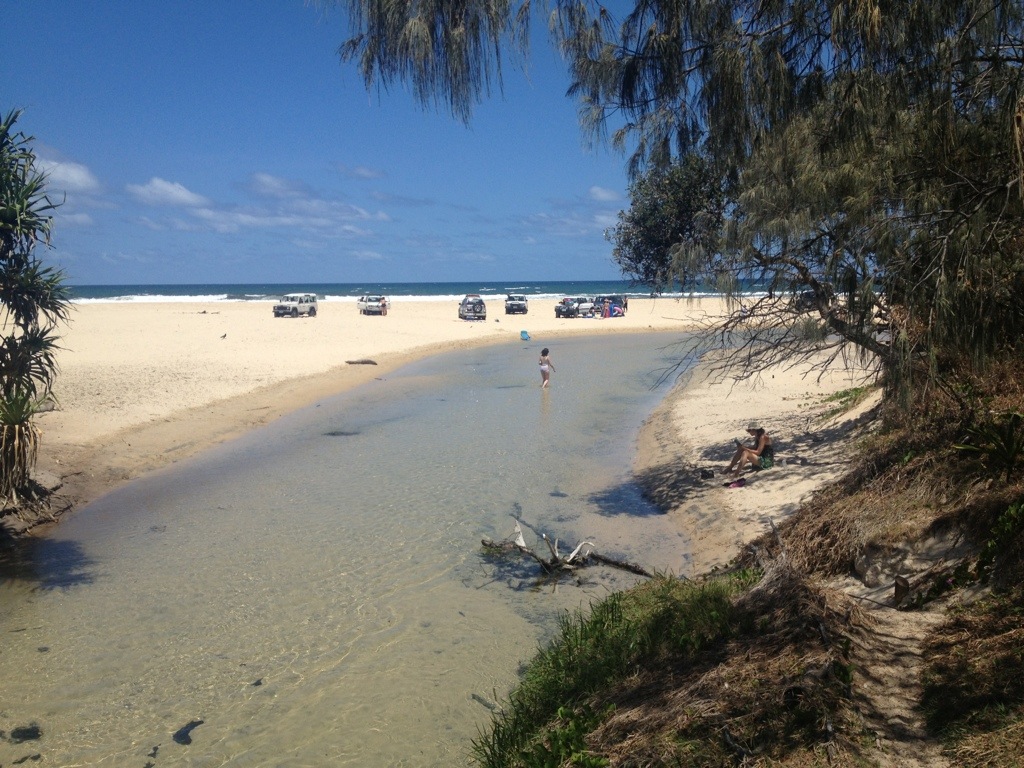 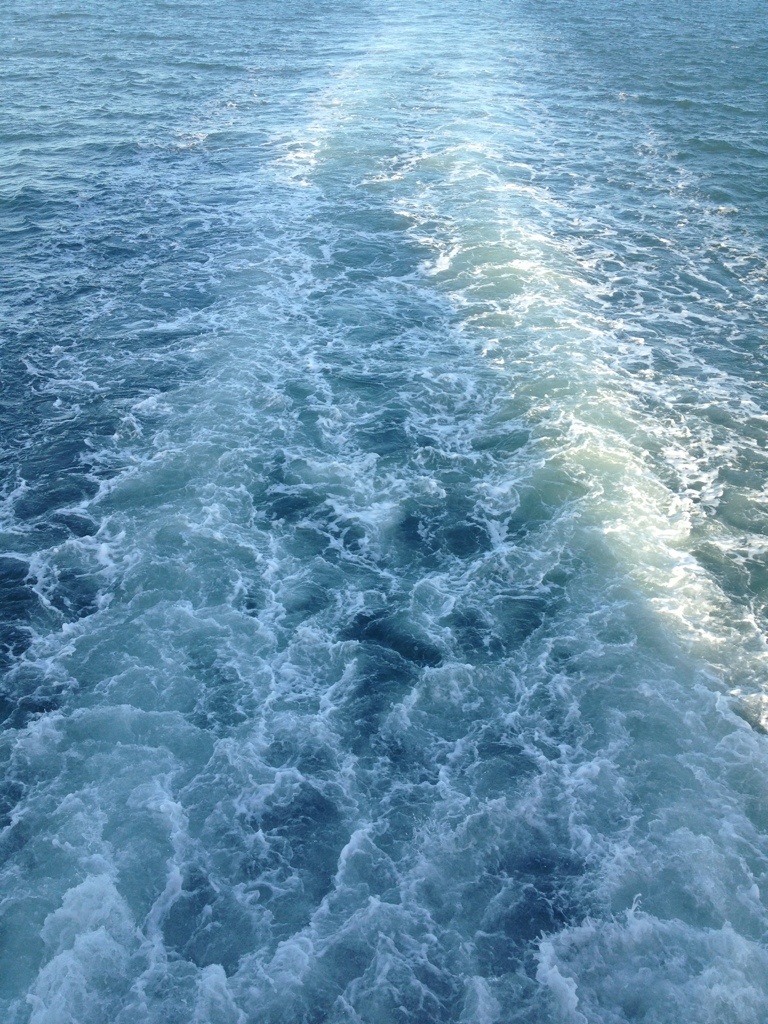 This entry was posted in Travel and tagged Fraser Island. Bookmark the permalink.