Grand Canyon Village is surprisingly well supplied. I thought it might be a rag-tag collection of log buildings and archaic coin-operated telescopes, but actually it has all the mod cons you could want – a full (free) shuttle bus service, multiple runways and helicopter pads, a variety of clean and modern cabins, and a choice of restaurants. The people there also seem like a close-knit village – presumably because they are – but they welcome visitors.

Our first taste of the canyon was at Bright Angel Point on the South Rim, well known for its sweeping majestic views. And as we got off the bus we raced each other to the edge for our first few glimpses.

We were surprised. We knew it would be big, but it effectively opened up a couple of extra dimensions in our mind as to just how big something can be. It doesn’t just stretch across one gorge, the canyon is a massive collection of hills, outcrops and ledges, and gashes its way through the ground using many cuts in every direction.

It’s also not just barren rock; some bits look quite fertile and are covered in trees – requiring the government to occasionally start controlled fires to prevent it becoming too thick. On the way towards the canyon we drove through an extremely thick forest, in total the size of Switzerland.

It was baking hot so we slathered on the lotion and also sought some shade. But it was difficult to pull ourselves away for long, and we kept returning to the rim for more views. It’s also like crack for photographers; I could barely let my finger off the shutter before I saw another scene I had to capture.

The canyon is some 270 miles long but the shuttle only serves 10 miles around the village, and we decided to walk back to Bright Angel, our hotel, from Mather Point. The rim is wavy so it offers many different views as you go along. I’m not sure how many photos I took but I had to tear myself away a few times or we’d never make it back by sunset.

It was only 2.5 miles back to Bright Angel but it took us a while due to stops for photos and to record a video of a squirrel looking through peoples’ bags. I thought if I could send that to You’ve Been Framed it was an easy £250.

And when we got to our hotel room we were really surprised. En suite, with a lovely bath and shower, cupboards, great comfy bed, and everything was in good condition and clean. From the outside they have preserved the log cabin look, so we half expected a bed full of termites.

After a shower we headed out for the sunset at Hopi Point, the highest served point on the South Rim. I thought we’d missed it at first (because the first shuttle filled up with other tourists) but we made it with a few minutes to spare. And the views from Hopi were even better than Mather Point. An enormous golden disc releasing plumes of purple and orange before plunging us into darkness made it even more magical.

Eager for a hearty meal, we then returned to the centre to the Arizona Room, and enjoyed exactly the steaks we had been looking for. It was very popular though and we had to wait for a table. They gave us complimentary “corn bread”, which is a bit like sponge cake but even better. I’m not sure exactly what’s in it but I intend to bake a vat of it when I get back. It was very cold when we left (at only about 10pm) and we had to get back inside, but not before enjoying a view of the stars – the big dipper affronted us as we left the restaurant. I think it may be the highest and least polluted place I have ever been.

We knew we would have a difficult decision the next morning, and we did as the icy cold hand of consciousness wrenched me from peaceful slumber at 5am, in the form of my iPhone’s ‘robot’ alarm. We threw on some clothes and went outside – even colder than the night before – and searched for a shuttle.

We saw one headed in the wrong direction but figured a sunrise would look good at Hopi anyway. And predictably, the sunrises are far less popular than the sunsets, so we joined the much smaller queue and clambered on.

For me, the sunrise was more majestic than the sunset. Because you start with dim cloudy mountains in every direction, and slowly shards of light grow over them to reveal their full contours and depth. And the full distance becomes aware to you. Looking at the canyon is a bit like looking at a very long word. You can’t concentrate on the whole thing at any one time, you must focus on a bit then move onto the next.

We took a helicopter tour of the North Rim, and while it was great looking from one rim, it was even more awesome to go *over* it and look down. We could also explore one of the many side canyons. I was slightly distracted by the very cool Eurocopter that we flew out in – it had a full LCD dashboard and an intercom so we could talk to each other easily. I was used to wearing headsets from many hours of late night gaming so I was the most talkative when we were in the air.

Somewhat exhausted from our morning, and feeling like our eyes had eaten too much rich food, we waited for our minibus to take us to Flagstaff. While we were waiting we met a Swedish girl called Elin who’d been couchsurfing for the last few months, something totally new to me. It sounds great if you’re lucky to meet good hosts. It was fun to practice speaking a little Swedish again, and watching some IT Crowd on the way, the time flew by.

As the canyon parted behind us I felt like the locals summed it up very well when they said, “It might not be the world’s longest or widest canyon, but it’s definitely the grandest.” 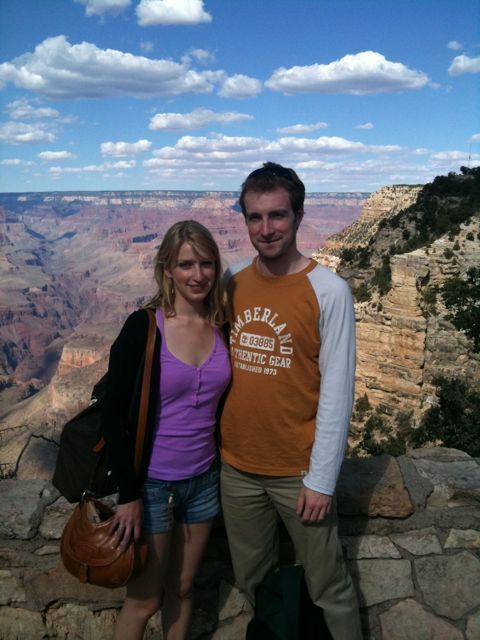 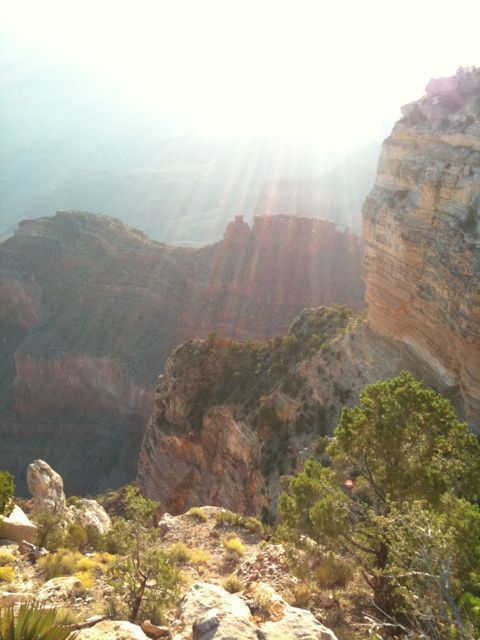 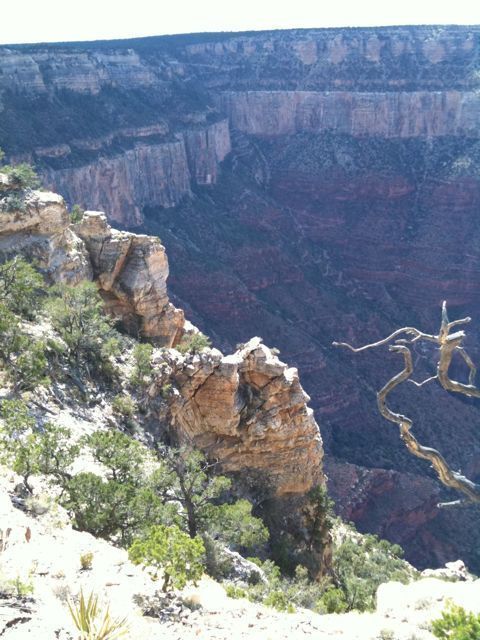 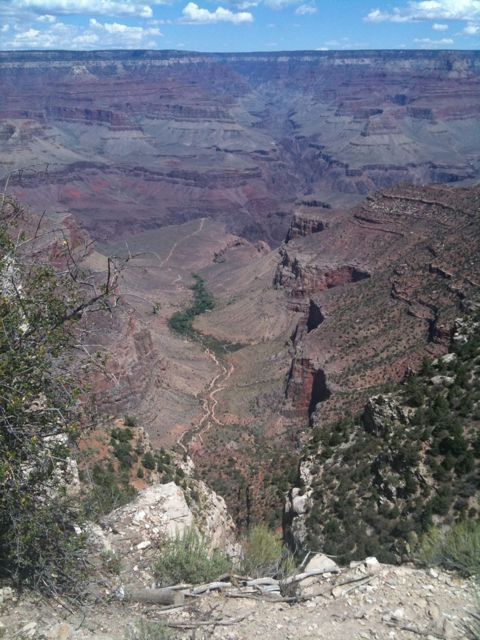 This entry was posted in Travel and tagged Grand Canyon. Bookmark the permalink.