It was really raining heavily in Oklahoma City, but it was also really hot, so our first impression was that the city was like a broken shower.

It took a little while to orient ourselves and while I was looking confused for a second some guy came out of nowhere to talk to me:

“Hey, where y’all from?”
“England”
“What’re your plans now?”
“We need to find The Grandison inn”
“It’s just down there, here I’ll take you”

At first I think we’ve got lucky, and I have to admit I was just about to get Sarah and say we could get a lift. Then he became a little too insistent and warning lights went off. He also did not seem like licensed cabbie.

At this point I’m backing away and trying to make some distance. We look at the map and realise he told us the wrong direction anyway. And it was quite a but further. Holy crap: what would have happened if we’d got in his car? I didn’t want to dwell on it too much.

So we find the right direction and head off. It had dried up now leaving the odd puddle and a red hot Sun overhead. I jumped between shadows and we dragged our suitcases over bumpy pavements trying not to jaywalk too often.

We got about halfway, really hot and flustered, and looked up a very long street towards our destination, and all of it was steeply uphill.

But some comprehension falls on my mind, and we realise he’s just offering us a lift. For free! And he’s a member of the fire department, so he’s legit and isn’t trying to pick up an unwilling cab fair. So I swipe all my suspicion thankfully to the side, and get into his car, with much gratitude.

He takes us to The Grandison, which we then realise is a beautiful Victorian house, and we meet the owner. Suddenly everyone is being so kind and I feel very good inside. We go to see our ‘Treehouse’ room, and find out it’s just about the most silly but cosy love nest imaginable: everything is fashioned like we’re in the branches of a tree, and previous occupants have graffitied the walls with “Leo loves Kathryn 4 Ever” notes and drawings. There are also a lot of quotes from the bible scribbled on the wall.

We chill out for a bit (and I can finally shave), and we decide to go to “Bricktown”, a cool central suburb of Oklahoma City. Some family members of the hotel owner kindly offer to give us a lift in.

Originally the plan was to go to Mickey Mantle’s Steakhouse, but after we’re seated we balk at the prices. $35 for a steak! I’m sure it’s good but we’re on a budget so we apologetically leave. It’s quite embarassing as we pass the counter on the way back, but preferable in the face of financial ruin.

Instead we go to Zio, a lot like Zizzi back home – and much more economical. Sarah orders a huge aubergine meal and I chuckle as she tries to eat even half of it.

Next we popped in to Murphy’s, where they feature “duelling pianos”, essentially two guys playing requests (of absolutely any style) and embarassing people on hen nights and the like. It was very amusing when one hen got invited to sit on the piano while she was played a song all about tumultuous married life.

The next morning we scrambled out of bed after the best night of sleep ever – a bed being infinitely more comfortable than the greyhound seat the night before. We took a shuttle to the station to commence the 2nd leg of the journey, and the initial reason for everything: hiring a convertible and driving up route 66.

In high spirits we marched up to Dollar car hire, and inform the guy behind the counter of our reservation. And in the blink of an eye, all our hopes are dashed – they don’t have any convertibles. Our hearts didn’t just sink. They crashed out of the sky, and splashed into the ocean, coming to a rest on the sea floor. He only had SUVs! Thanks, Dollar, but that’s not quite the experience I had in mind!! And why couldn’t they find a reasonable substitute, or at least TELL ME in advance??

Severely disappointed and simultaneously abhoring everything Dollar stood for, we asked at Avis, Empire and Hertz but with no luck. And I didn’t expect any, I’d done all this research already months ago. We had one more option – to go to National & Alamo down the road. We took the free shuttle there, figuring it was worth a shot.

On-site we found a pokey cabin, and ask about hiring a car to Chicago. Success, they can do it! But surely not a convertible..? Our assistant peers out of the window and the fleet of cars. Yes they can!!

A lady fiddles with the computer and sorts out some discounts, but she can’t get it to less than $1820. For a while I consider just paying it anyway, since we came all the way here. But we find some alternatives; what if only I drove… What if we took it just to St Louis? That’s about half-way to Chicago.

And that’s more reasonable, $1200. Or at least feasible. So after a lot if deliberation, we take it. I jokingly suggest we’ve set some sort of record for booking time, and the lady glumly nods. But she does seem to like us, and has applied every discount under the Sun at this point. It’s odd that the rental is based on distance instead of time though. We still get it for a week, but have to drop it at St Louis. Technically we could drive it to Chicago and then *back* to St Louis for the same cheaper price.

It’s a lot of fun getting into our new vehicle and we put the top down immediately. It’s a sexy Chrysler Sebring and I try to get a feel for the controls. The brake is super sensitive and just wafting your foot near it causes the car to come to an immediate stop, lurching the seat belt into your ribs.

After a shaky start with my iPhone’s copilot app trying to direct us the wrong way down two one-way roads, and the pressure of totally alien road laws, we get going back to Bricktown. We take the water taxi, look around, and indulge our inner tourists for a few hours.

We also took the chance to look at the Oklahoma bombing memorial. Before 9-11 this was considered the worst act of American terrorism – when a truck bomb was exploded next to a federal building in 1995. The memorial is a huge rectangular shallow pool where the road used to be. And the 168 people who died are signified by glass chairs showing where they would have been. It’s a very sombre and peaceful place. The American Elm which survived the blast is called the “Survivor Tree”, and you can see how it’s been physically blown away from the detonation site. One side is entirely charred.

Glad we could finally get a convertible, but wishing it was slightly cheaper, we put down the top and drove to the North to join Route 66 and start phase 2.

If you’re reading this on Facebook, check the full blog at davidaddis.com for some attached images. 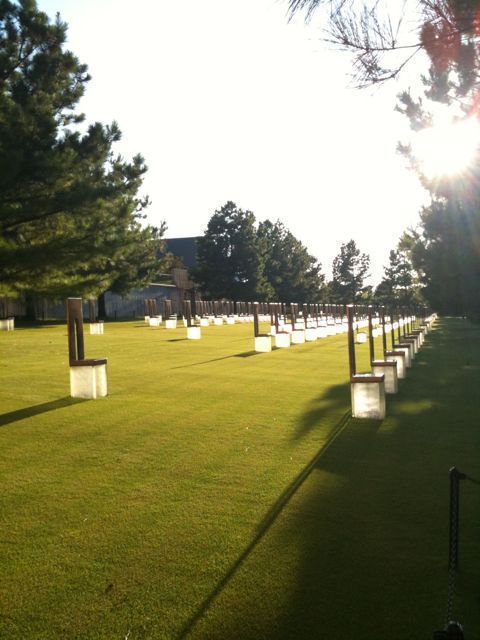 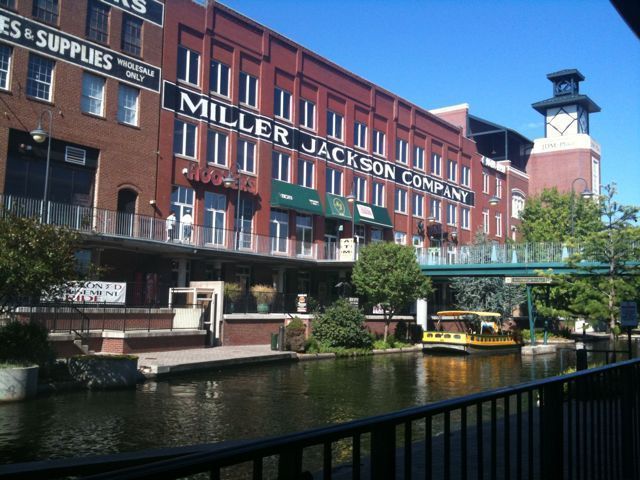 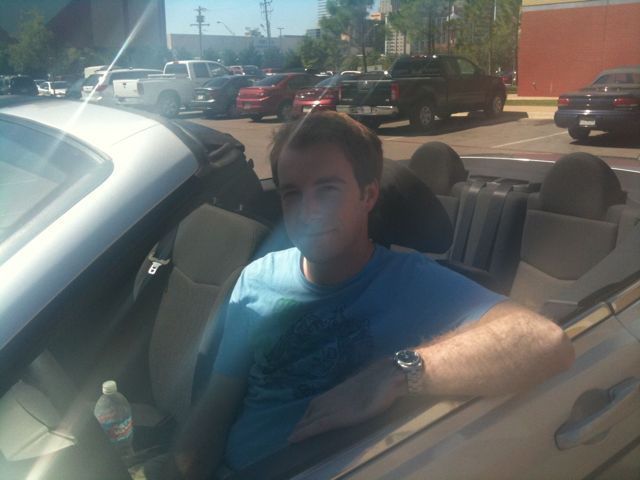 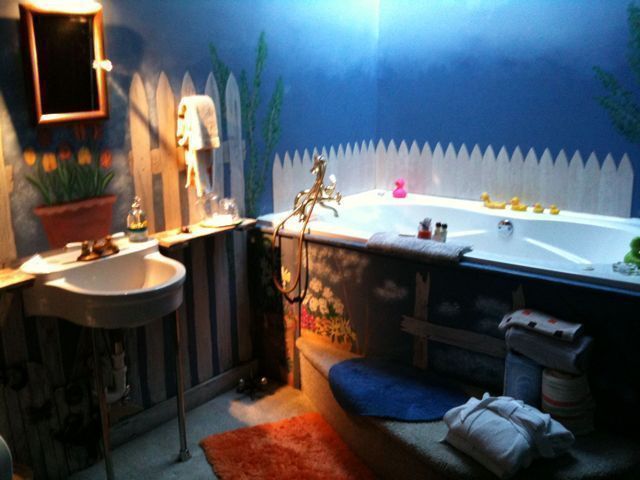 This entry was posted in Travel and tagged Oklahoma City, The Grandison. Bookmark the permalink.