Most of my driving duties have been stripped away from me: we’re driving an automatic, so there are no gears or clutch, and when I turn on cruise control, I don’t need to touch any pedals at all – just steer. It’s a pretty cool feature actually, and it means we can go at the speed limit the whole way without babysitting the accelerator. But still, I’m starting to feel superfluous to the driving experience.

We’ve just arrived in St Louis, the final destination for the actual driving part of our road trip. To get here we’ve been through some other small towns, like Miami (the small one in Oklahoma), Joplin, Springfield and Kansas City. Some places we go through seem little more than excuses for rows of fast food restaurants and gift shops.

Some places have been very cool though, Springfield had some interesting and quirky art galleries and shops to look in (did you know that 35 states have some sort of community called Springfield? Probably why The Simpsons chose it), and Clinton was a quaint little village you can imagine from remote crime dramas on Channel 4 late at night, where everyone knows everyone and the whole town is based around 1 square in the middle.

Being on the road everything is improvised. We usually don’t know where we’re staying until hours before. It’s incredibly liberating but a little scary too: every night runs the risk of making us sleep in the car.

But it also gives us the freedom to just show up and try things out. Yesterday we decided to explore Kansas City, which is an odd place because it’s the capital of Kansas, but straddles the border into Missouri as well – and in fact all the interesting bits are on the Missouri side. We got there and found a hotel at the last minute, then after a little research found a jazz bar and went out for dinner. It was great to explore the central plaza at night, which was all lit up, and full of fountains (KC has as many fountains as Rome).

This morning we just followed our noses, and found a leaflet for an urban segway tour. That’s right! Those strange upright scooters that seem to defy balance. And after an hour of messing around on one, I can say that they are AWESOME. They’re very easy to ride, it intuitively just goes in the direction you lean. And they balance perfectly, it seems to constantly compensate for your body and itself. Shame they’re nearly £5k in the UK!

Now we have just over a day to look around St Louis. Time to try the local delicacy: frozen custard! 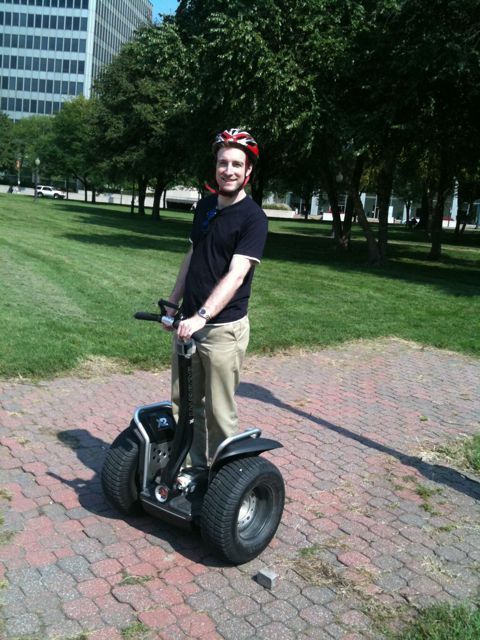 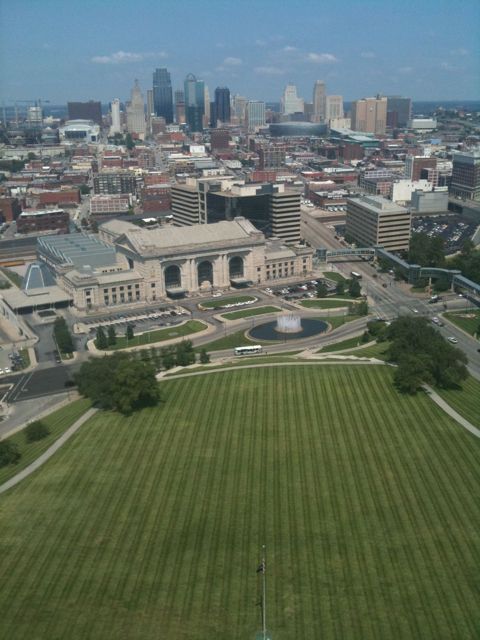 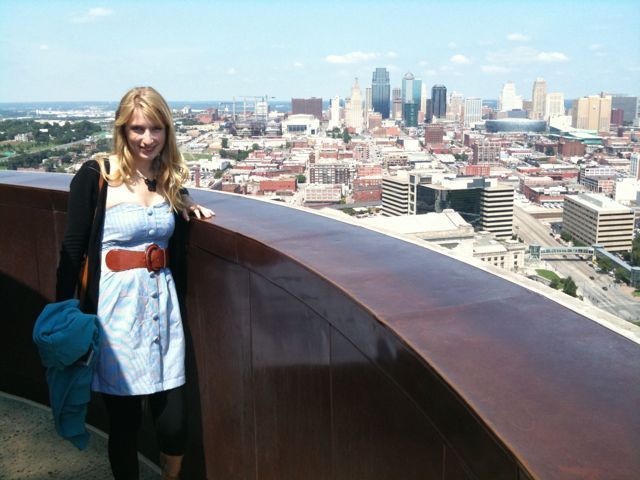 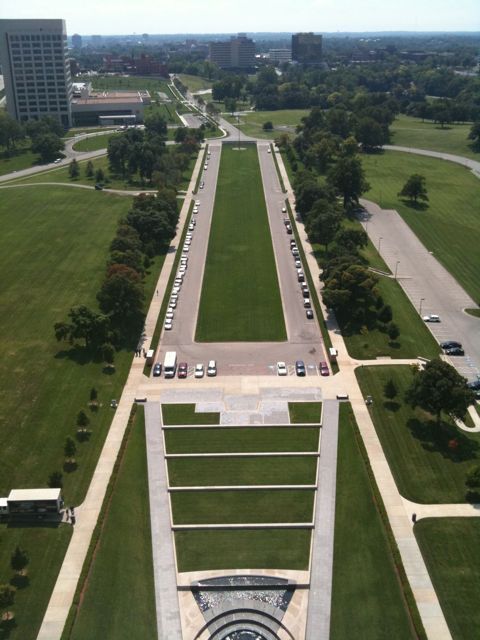 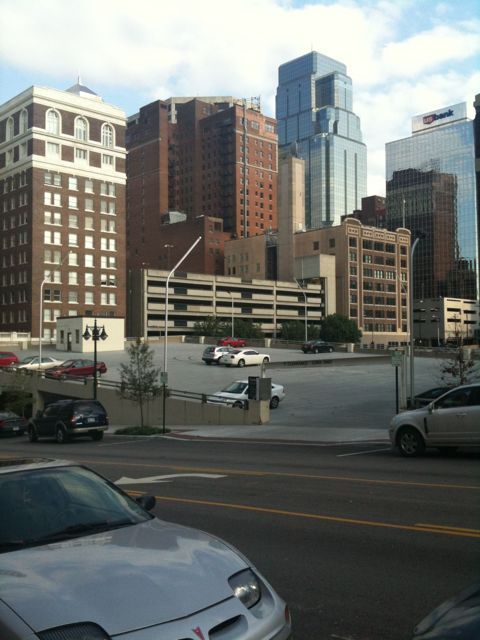 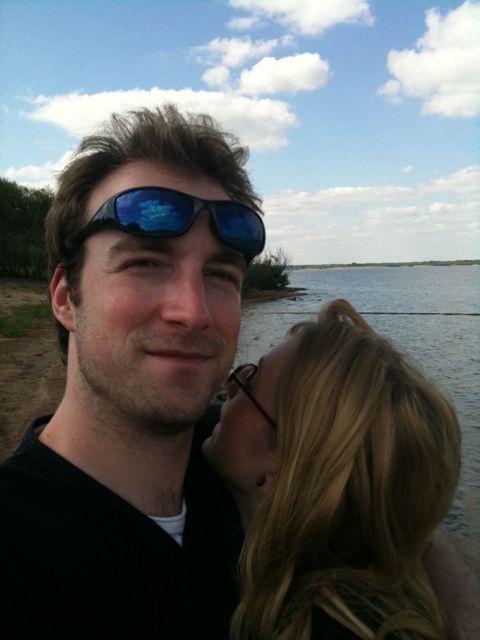 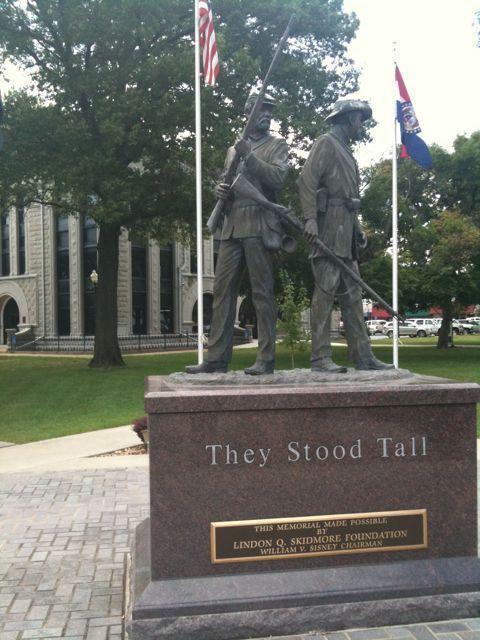 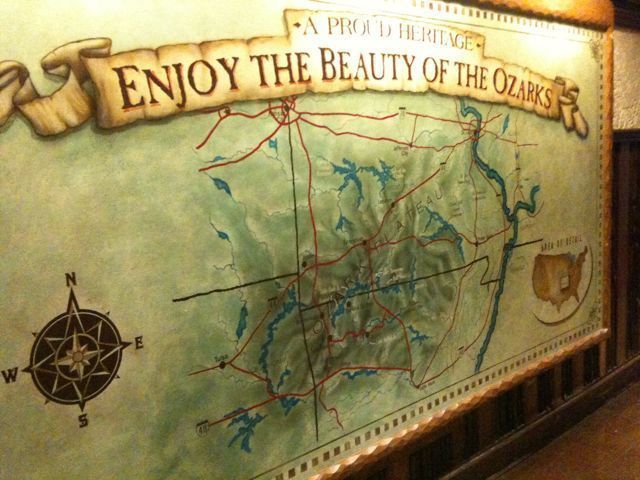 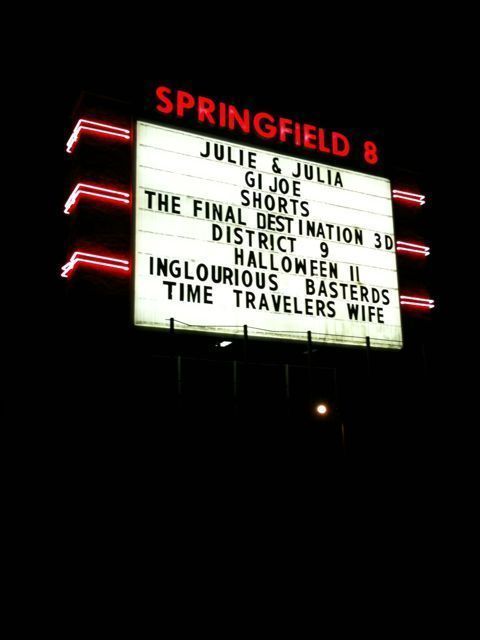 This entry was posted in Travel and tagged Road Trip, Route 66. Bookmark the permalink.