Games you should play: iPad

This post should, perhaps, carry a health warning. If your spare time is so precious that you can’t afford some late nights spent doing something new, or that new project haplessly discarded as your attention is stolen away, just stop reading now. But if, however, you’re looking for some entertainment on your shiny new iPad, read on. I am here to help.

There is so much software available on The App Store that it’s hard to know where to start. Even if you whittle down by genre (“I like RPGs!”) you may find yourself the victim of developers who have snuck their product (“RPG Game!”) into the top 10, and spent more time on the marketing and sexy icon than programming some engrossing gameplay. And with the charts dominated by Candy Crush and Clash of Clans, the truly great games get squeezed out, much to the lamentation of any serious gamer.

You know those games that steal your time like some sort of hypnotic trick? You remember turning it on, then the adventure happens, and then suddenly it’s 3:30am, your eyes and brain hurt, and you must squeeze in 4 hours of sleep before you get up for work. These are the games that I’ve played recently that are like that – and I’m still grateful I found them!

Originally released in 2011, Superbrothers targetted the iPad and despite a successful iPhone release as well, this is where the game shines. With some gorgeous and atmospheric pixel art, chipper chiptune (chipper-tune?) soundtrack, and a tongue-in-cheek self-aware narration and episodic structure, Sword and Sworcery EP has existed in this kind of alternate-dimension bubble entirely on its own, able to shrug off any pale imitations for 4 years.

This one might not steal an entire evening from you, after about 40 minutes of play it actively encourages you to take a break and come back when refreshed. The developers deeply care about your mood while you start (and finish) each episode and you will warm to the bizarre cast of pixelated characters.

Particularly I loved how they don’t directly identify the player, known as The Scythian. They drop in through other peoples’ comments that you are female. Perhaps if I was truly enlightened I wouldn’t even feel the need to mention this, but I thought it was great that they touch on it and don’t make a big deal out of it – as they should. 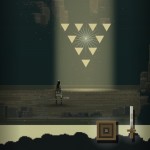 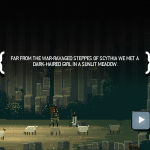 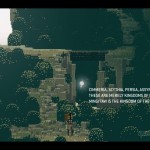 It’s just getting started, but the first two episodes are available now and set the scene nicely. Taking on the helm of multiple characters from House Forrester, you must guide the members of the family in an effort to prevent their House from being overrun and their precious ironwood forests being stolen.

It won’t necessarily become Thrones canon, but it does fit into it nicely, inserting its story at about the time of The Red Wedding in Thrones-Time, and provides the opportunity for plenty of cameos from the correct voice actors, such as Lady Marjorie, Cersei and Tyrion – making a decent year for Peter Dinklage in video games, along with his major role in Destiny. Roose Bolton also pops up as a particularly troublesome and threatening villain, and the game comes alive when he’s on-screen, conjuring up all the sadistic baggage he brings from the TV show.

TellTale’s real-time animatic of the Game of Thrones world intro is where some cracks start to show, it could never live up to the beautiful 3D mechanical vistas we’re used to, and when the characters play some janky animations in particularly hectic scenes, the illusion breaks down. I think they were right to concentrate on storytelling and not aesthetic naturalism, but it still grates nonetheless.

It’s still too early to tell if this will become an epic adventure game, or Just Another Scripted Adventure Game with a nod to its TV big brother, but the first episodes play well and TellTale have shown that they have the chops to deliver a full ‘season’ of entertainment with the biggest and best suprises left to the end. 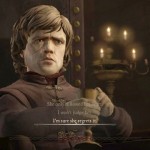 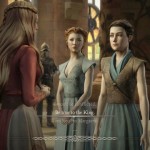 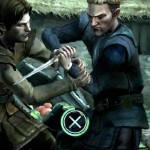 In Faster Than Light, you command a small Federation Ship with confidential information that must be returned to the fleet. The problem is, the Rebel Fleet are hot on your tail, and you will find yourself seriously outnumbered and severely outgunned if they catch up with you. Using your wily wits, and some clinical multitasking, you must upgrade your ship as your traverse the sectors back to base, and manage the various crises that will break out on your travels.

At first the game might seem overwhelming, but through logical deduction you will find the best combination of weapons, find out how to upgrade your shield, or buy drones – or get a cloak to dodge incoming missiles… (I’m getting excited just thinking about it.) And eventually the once-powerful rebel ships will seem like trifling playthings, sauntering up to you simply to offer up their ship as scrap. And this transformation – the one that will happen entirely in your mind – is at once both empowering and spellbinding, as you become a powerful ship captain entirely through the power of your mind.

Originally a PC game, the port works well on iPad as you click on ship doors to open/close them directly, or paint a fearsome laser beam target across an enemy vessel. Be warned though, as the klaxon call of the captain’s chair is difficult to ignore after you’ve flown through a few sectors. 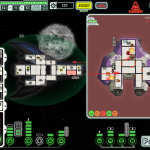 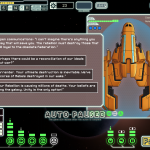 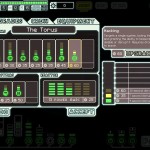 Mixing gorgeous 2D art with a compelling story of humans and giants trying to escape an apocalyptic event, The Banner Saga presents an unforgiving turn-based strategy game, where you must tightly manage resources and upgrades.

Restocking your caravan with supplies is vital, but so is keeping your warriors at the peak level, and they both draw from the same currency – ‘renown’. So at times you will choose not to level up just so you can feed the refugees you are leading away from a war. Along with many likeable characters, this makes an empathetic situation where you start to care about the people on the screen. Offering no quicksave/quickload, there are several Choose Your Own Adventure moments where you have to think quite brutally about what will be for the greater good. And often you don’t know if you chose the best path – only that you chose your own. 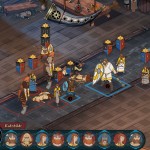 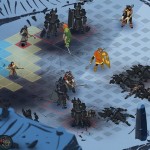 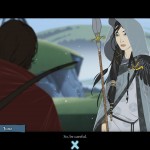 Possibly the most addictive strategy game I have ever played, XCOM perfectly balances base-building with squad command. In a near-perfect balance, you must edge your troops forward to fight the aggressive aliens as you also upgrade your base and train your soldiers.

Everything from the PC game is here, including multiplayer, and support has been added for touchscreens so you can use gestures to rotate the camera and swipe through selections. The game can sometimes misinterpret your gesture, thinking you’re drawing a path instead of trying to move the camera, but I find these annoyances slight and not intrusive to the gameplay.

This game is perfect for tablets; you can play one mission or upgrade your base while you wait out that train journey, it looks good (it’s obviously been made compatible with older devices, so not maxing out newer hardware) and touchscreen controls fit the turn-based nature of the game well since you are never taxed with action gameplay, just thoughtful tapping and swiping. If you play one game in your life, make it this, or The Witcher 2. If you have an iPad, the choice is made for you. 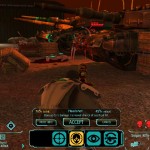 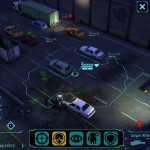 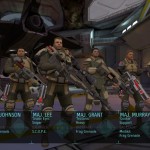 Where is ShadowRun?  Oceanhorn?  80 Days, Valiant Hearts, VainGlory?!  Well, they are all great games too but I wanted to share with you my personal top 5.  Don’t take my word for gospel – have a look through the app store yourself too.  Just don’t miss these gems!

This entry was posted in Gaming and tagged Games, iOS, iPad. Bookmark the permalink.

1 Response to Games you should play: iPad